Let me tell you a story.

So we went and picked all the daisies and wildflowers we could find, and made our first two floral crowns ever.

This is what happened to the first one.

That’s the lead singer of the opening act Empress Of.

And this is what happened to the second one!

Cue moment of triumph. She wore it. During the song Third Eye no less, which we had a half hour conversation about in the office earlier that day.

This success, of course, led to a flower crown rampage, with three people coming over two nights later to make more than a dozen crowns for my sister’s graduation party. The blonde is my sister several hours into her party.

They got a little wilted at the day went on. But here are some tips and tricks for how to make them.

1. Cut enough floral wire to wrap around your head about four times.

2.Using that wire make a loop that is the size you want the crown to be, then wrap the excess all the way around the loop to reinforce the base of the crown. You should have a long tail of wire when done.

3. Using that tail, secure the wildflowers to the crown in whatever pattern you like. Place the flower where you want it then wrap the wire around several times.

4. Just keep adding or subtracting flowers until you like how it looks.

1. Doing a round of spray flowers (stalks with a lot of little tiny flowers first) helped to fill in the crowns and hide the wire later.

2. My favorite crowns were the ones where I wasn’t too picky about what flowers went where, and instead just loaded them up with a whole bunch of big colorful blooms.

3. They are eventually going to wilt. But to make them last a little longer it helps to put the flowers in water before making them and then afterwards to wrap the crowns in a damp paper towel, bag them, and then keep them in the fridge.

So here’s me looking more than a little scary after making more crowns than I care to count. And also a couple of glasses of champagne.

Here’s my sleepy pup with one of a couple of crowns I made her. I used a basic hair clip to keep them on her head awhile longer. 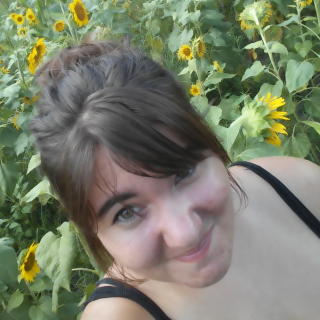 I like the smell of a garden, the touch of wet clay, the taste of fresh berries, the sound of the waves, the sight of a happy dog, and the feeling of being part of the world. Also, craft supplies and the satisfaction of making something myself.